←Back to Miscellaneous Cosplays 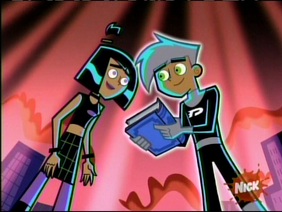 Details: Sheila is a long time fan of the Danny Phantom cartoon series. And when she started dating Sylar, the idea for them to cosplay her favorite ghost kid slowly formed into these cosplays!

Sam's simple costime was mostly made from pre-made clothes!  A mini skirt was bought and neon green thread zizagg-stitched into it. A black tank top was cut short and a craft foam oval glued to the front. Black tights, armbands, a choker and boots were bought to finish the cosplay. Sheila is also wearing a wig in this costume that she cut and styled herself. She's wearing G&G GBT Violet lenses. 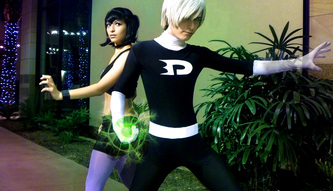 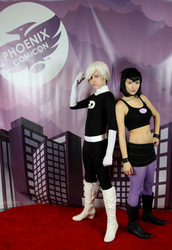 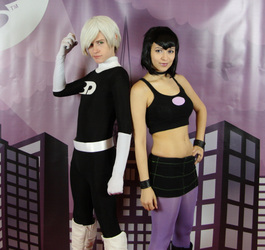 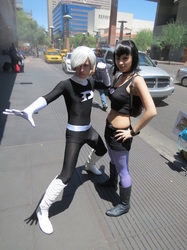 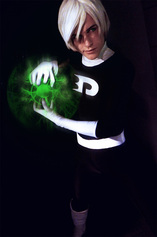